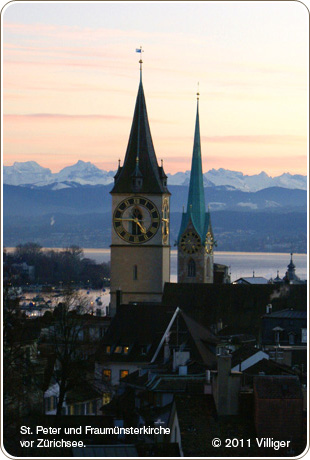 For legal information for empoyers and employees regarding the new corona virus please see the german site.

As per January 1, 2019 the Swiss bankruptcy law will be revised. First: It will be easier to have acknowleded foreign bancruptcy proceedings by swiss courts. Second: Under certain circumstances, a debtor may prevent  that third parties will be informed of the enforcements against the debtor.

As per May 25, 2018 the EU General Data Protection Regulation (GDPR) will enter into force and will also have impact on Swiss firms which either a) process personal data of individuals in the EU while offering products or services to them, irrespective of whether a payment is required and/or b) by processing personal data, monitor the behaviour of such individuals if the behaviour takes place in the EU (e.g. by installing google analytics software on the company website). In order to prevent receiving a fine, those firms should comply with different rules, such as publishing a data privacy statement, getting the consent by the concerned individuals to process the data where required or appointing a representative in the EU.

As of January 1, 2017 Art. 3 UVG of the mandatory swiss accident insurance law will be changed. The insurance starts as of the begin of the labour agreement (not as of the effective commencement of work). It ends on the 31st day (not 30th day) after the day on which the right to half of the salary ended.

The Federal Supreme Court had to decide whether an employee with a very high fix salary has a right to receive a bonus in spite of the fact that according to the employment agreement all bonus payments are discretionary. The court declined this as the fix salary and the bonus payments together would exceed the sum of the fivefold Swiss median salary. Relevant were all payments received in one year (BGE 142 III 381 vom 14.4.2016).

The court of the canton Geneva decided that Credit Suisse is not allowed to deliver data of an assistant working at Credit Suisse to the US tax authorites. On the one hand, the court considered that the USA do not have adequate data protection laws, and on the other hand that Credit Suisse was not able to demonstrate a public interest in delivering the data (KGer GE ACJC/1529/2015; C/1271/2013 vom 11.12.2015).

The District Court of Horgen decided in a case about the US-Program for Swiss Banks in favour of a bank employee. According to the judgement, the bank is not allowed to hand over data of an Assistant Vice President to the US-authorities (BezGer Horgen CG140026-F). The decision would probably have been diffrent, if the heavily disputed "Lex USA" had entered into force.

In Switzerland, an employer neither needs a specific ground to terminate an employment agreement nor is he supposed to discuss the planned termination with the employee before. However, according to a new judgement of the Federal Court, there may be such an obligation in cases where an employee is working for a company for a very long time such as more than ten years (BGer 4A_384/2014).

The Federal Supreme Court confirmed the deletion of the trademark MoeWATCH MONDAINE in the Swiss trademark register. The owner did use the trademark in a different graphic form than the one entered in the register (judgement 4A_128/2013). -> Our recommendation: Make sure that you exactly use your registered trademark in the way it is entered or register a second one. It is also important to regularly check whether the registered trademark covers all your newly developed products and services.

Before creating and launching a brand, you should ask yourself the following questions: 1. Can you live with the risk that your competitors may use a similar brand?  2. Can you afford to change your brand if the use of it will be forbidden by a third party having better rights? If one answer is "no", check your brand legally and have it registered first.

The Federal Court qualifies the regular teaching activity of a computer specialist as a labour agreement although this specialist was entered as individual enterprise in the commercial register and he has worked out the teaching material on his own (Judgement of the High Court 4A_139/2011 vom 16.7.2012). The same could apply to so-called "free lancers", however always depending on the circumstances.

On 1 April 2012, the revised law against unfair competition (UWG) entered into force (except article 8), see UWG.